Welcome to the Suicide Notes store. 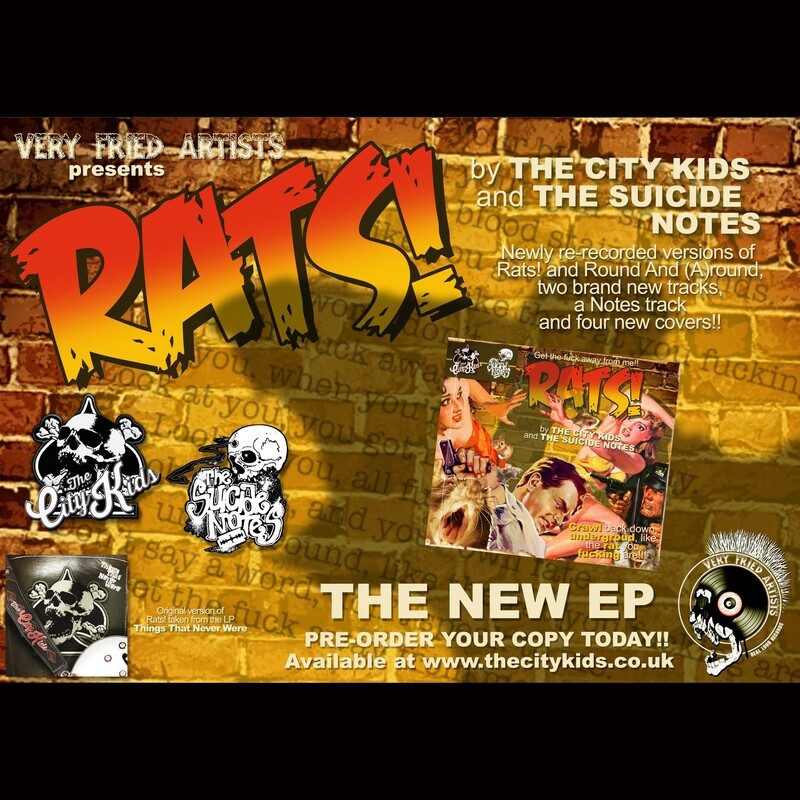 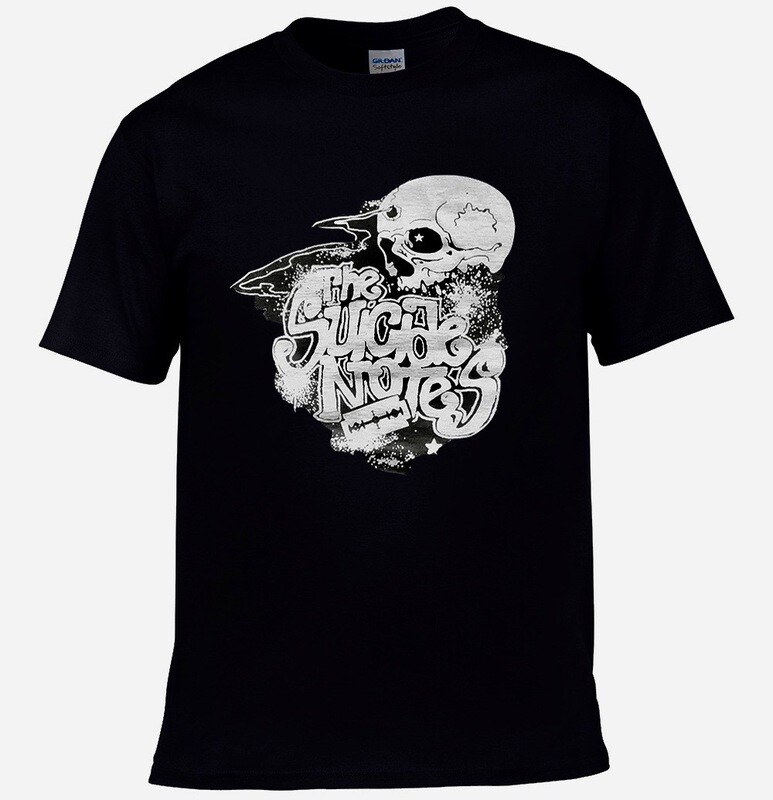 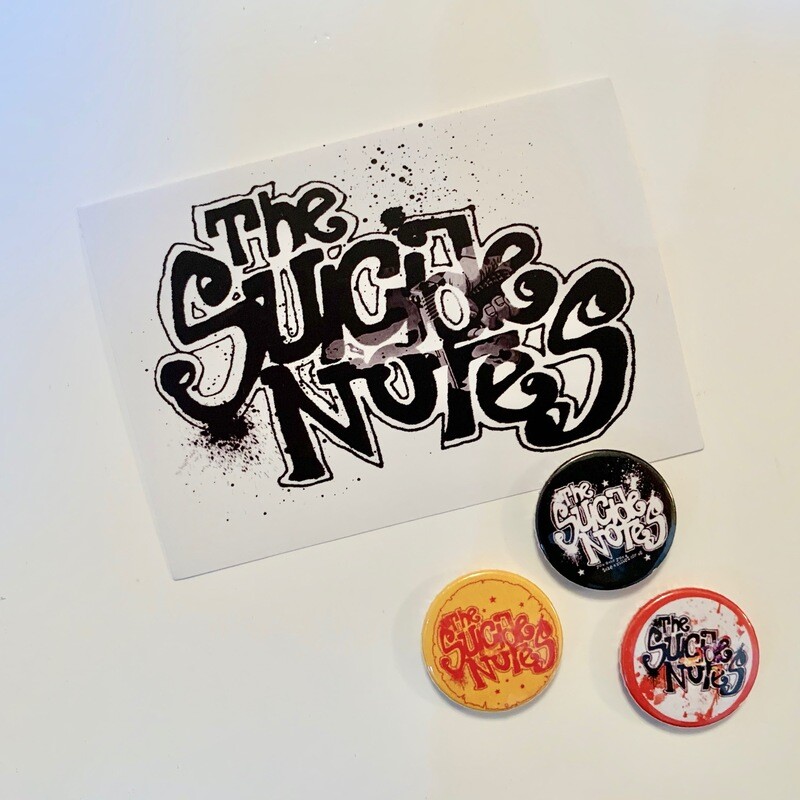 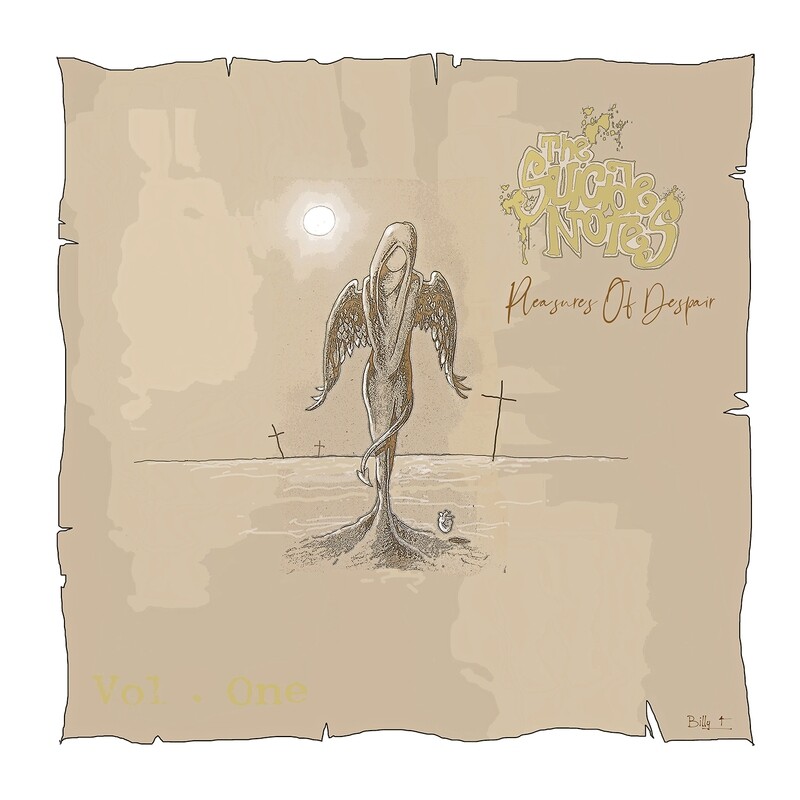 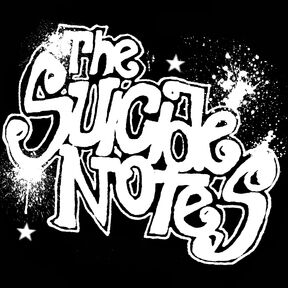 UK Gutter-trash rock n' roll. Buzzsaw guitars and raw nicotine-soaked vocals, rock 'n' roll swagger, and whiskey on the rocks. The illegitimate sons of punk and sleaze, conceived on a bed of red wine, cigarettes, and back alley attitude.

“The Suicide Notes are like nothing else. Utter chaos as Gav leaves his drum stool to kiss the rest of the band and plays with a plastic Nemo in his mouth for a while. Frontman Billy T described on their FB as “Rusty tacks and moonshine lead vox & harp” F**kin swears with every other word and looks/sounds like a retro Tyla from the Dogs D’Amour. Alex on guitar and bassist Damien, just play, like band members usually do, a couple of cool guys ! Together the Suicide Notes are absolutely brilliant, I remember when there were a lot of bands knocking about in the late 80s early 90s, with the same kind of attitude and persona. ‘Black Dog’ and ‘Dope Fiend’ are thrown before us, Billy with his white rimmed sunglasses, mass of tattoos and oodles of charm, lays waste to any preconceived ideas you may have had about this lot. ‘Rag Doll’ is a flirt of a number, with some steady guitar and Gavin stays put behind his drum kit to the end. A bottle of Cloven Hoof Rum is handed to the audience by Billy and passed around until empty. While we all sing along to the cover of ‘Billy Two Rivers’ by the aforementioned Dogs. ‘Take A Bullet For Me’ and ‘Smoke It Like A Cigarette’ are sleazy, gutter born and pure rock n roll genius. The most original, humorous and evocative band I have seen for years.”            Diane Davies, MMH Radio online

“The Suicide Notes are fronted by Billy Tee (formerly of the Black Bullets and Junction XIII) and are a high voltage band with their roots in all types of R n R from Chuck Berry to Andy McCoy with a streak of sleaze. These boys were around when being in a band was seriously dangerous for your health and, no-one telling them that times have changes, as they swig Cloven Hoof out of the bottle, and announce that ‘it’s a time of good cheer and bad livers’ they deliver a slab of rough as a bear’s ass Dogs meets Babysitters meets the Damned punk glam rock. A mix of old and new there’s a few punk’d up Christmas numbers for this festive show, before it’s over in a flash.”          Dawn Osbourn, Total Rock Magazine